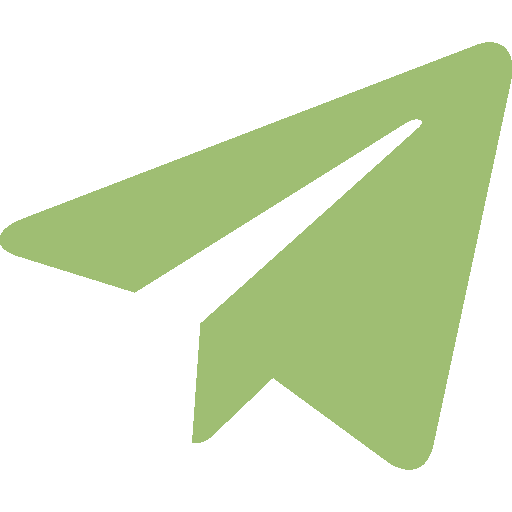 Liquid complex fertilizers reached an unusual development after the Second World War. The development of industry was driven by the synthesis of superphosphoric (polyphosphoric) acid, production and technological innovations and the development of suspension fertilizers. The latter “gained momentum” with the highest speed: In 1974, suspension RKDs accounted for 25% of all liquid fertilizers, and in 1984 for up to 40%. However, their popularity has declined significantly in the following years, giving way to pure solutions. RKDs were first manufactured in the U.S. in 1950, in England – in 1957 , in France – in 1960, and later in other European countries. In the former Soviet Union, RKDs have been produced since 1980. That year, farms received the first 26 thousand metric tons of RKD 10-34-0. In 1984, the first million metric tons of RKDs were manufactured in the USSR.

Unfortunately, Ukraine lost the technology of RKD production in the 90s. And the experience of use is forgotten. Only 10 years ago, RKDs gradually began to appear on the market as a starter fertilizer. However, their amount used cannot be compared to the real demand of the agricultural sector for liquid phosphate fertilizers.

Over the last five years, Ukrainian farmers’ interest in liquid phosphorus-containing fertilizers has increased rapidly. Fertilizers are now firmly entrenched in the crop production among agricultural holdings, as well as medium and small farms that are ready to use modern efficient technological solutions for plant nutrition.

Orthophosphate liquid complex fertilizers are liquid phosphorus-containing fertilizers based on orthophosphoric acid. They are produced with two, three or more components and different composition ratios. Meso- and microelements can be added to the complexes.

There are two main types of liquid complex fertilizers: suspension and solutions. Substances in solutions are completely water soluble, whereas in suspension partially dissolved, and some components, potassium in particular, are suspended in water. Suspending agents (mainly clay materials) are used in Suspension RKDs to prevent the latter from precipitation. Liquid fertilizers can be stored as solutions for a sufficient period of time, while suspensions can be applied for a short period after mixing.

There are some restrictions on mixing Suspension RKDs with pesticides. Some contact herbicides, such as paraquat, are inactivated in suspension by interacting with negatively charged clay particles. Suspending agents that do not contain negative charges (e.g., xanthane gum) are recommended, although they are generally more expensive.

The choice in favor of suspension liquid fertilizers is made if high potassium content is required. There is no specific grade of suspension RKDs, as they can be customized with a wide range of basic nutrients.

The addition of the potassium component to the RKDs is the main «limiting factor», since potassium chloride has a low solubility and the content of all nutrients is significantly reduced by adding it. RKDs usually have a low potassium content (it is difficult to reach a degree above 11% K2O, 9% concentration — the most appropriate for production). Therefore, it is recommended that potassium fertilizers be applied separately. Higher potassium content can be achieved with the production of suspension fertilizers.

RKDs can be applied before plowing and cultivation, spreading them evenly over the soil surface, or placing locally while sowing, and for root and foliar feeding. The application of RKDs in the fertigation system is also promising.
RKDs can be used for seed coating and pre-sowing treatment. RKDs application by fertilizer injectors is effective.

Suspension RKDs are applied mainly by the broadcast method over the soil surface before its treatment.

Foliar RKD fertilizers should be applied in late and cold spring, when plant uptake of phosphorus from the soil is difficult. If necessary, micronutrients, growth regulators, pesticides or microbial preparations can be added to the fertilizers. Foliar feeding of winter cereals is recommended during the tillering and until stem elongation, especially if little phosphorus has been applied in autumn.

Feeding in the form of solutions is easily absorbed through the root system and the leaf surface. Root feeding is used while sowing and at the stage of seed formation, spraying should be carried out at the stage of leaf emergence and before harvesting. You can easily control plant development, combat disease, the effects of frost or drought, by changing the composition of liquid drugs. The effectiveness is due to the chelated form of nutrients.

Spring is the most appropriate period for RKD fertilizers application in the areas with sufficient moisture, such as Polissya, where soils of light mechanical composition are common. As for the Forest-Steppe and Steppe areas, RKD fertilizers should be applied in spring season only if phosphorus fertilizers have not been applied in the autumn, and in case of sufficient soil moisture or irrigation. Localized placement is the best application method of RKDs.

What is better: liquid or dry fertilizer?

In this case, the advantage is that the nutrients are more evenly distributed in a certain layer of soil when applying liquid fertilizer, than when applying granular fertilizer. Since phosphorus has a very low mobility in the soil, the available phosphorus is localized near the granule once solid fertilizers are applied, and plants will be able to absorb it only when the roots reach the zone of element release.

Low solubility of granulated fertilizers is a limiting factor that causes their low efficiency. Liquid fertilizers are diffused into the distance from their placement, making them more accessible than solid forms.

However, numerous studies have shown that the absorption of phosphorus from fertilizers does not depend on whether they are applied in liquid or solid form. Factors such as application method, crop characteristics, soil phosphorus level and climate conditions have a greater influence on phosphorus uptake.

In most cases, the choice of dry or liquid fertilizers should be based on nutrients price, transportation and storage possibilities, technological practices of the farm. There is no significant agronomic difference in these types of fertilizers. Most liquid fertilizers contain elements in the same form as solids. The efficiency of liquid fertilizers is determined by application method.

The main advantage of liquid fertilizers over solids is that specific mixtures can be used, thus, the mixtures are homogeneous. It is not possible to achieve this uniformity when mixing solid fertilizers, as it depends on the homogeneity in particle size of individual components.

In short, the advantage of dry fertilizers is that they provide a slow release of nutrients, and usually can be stored longer than some liquid counterparts without worrying if they will eventually «settle to bottom» over time. They are usually cheaper to buy in large quantities. Dry fertilizers are the better option for fields preparation befor planting, as the nutrients stay longer in them.

Liquid fertilizers take up less storage space and provide more even distribution of nutrients. They are good for replenishment of specific nutrients throughout the life cycle of crops.

Go to the directory

The following text will be sent to our editors: